Kathy Knotts came to The Gheens Foundation in 2014 after serving as managing director of KentuckyShow! and director of marketing, e-commerce and public relations for Knotts Shoes. She began her career in public relations with Humana, specializing in writing and community relations, and produced their first corporate news video program. Kathy graduated from Murray State University with a B.A. in Journalism and minors in art and public relations.

She currently serves on the boards of Bernheim Forest and Research Arboretum and Better Business Bureau and is a member of the Archdiocese of Louisville Development Council and Downtown Louisville Rotary Club. Kathy is a graduate of Leadership Louisville and Bingham Fellows. She is married to John and has four adult children. Previous volunteer work includes Habitat for Humanity, Youngers Women's Club of Louisville, Meals on Wheels, Hand in Hand Ministries, Nativity Academy and Sacred Heart Academy (alumnae board). 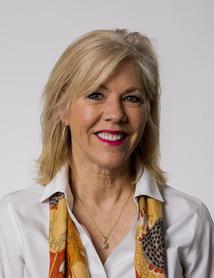 Mike Mountjoy joined the Gheens Foundation as a trustee in 1995, becoming Chairman/CEO in 2011. Mike is a founding partner of Mountjoy Chilton Medley CPAs & Advisors and has extensive public accounting experience dealing with corporate clients in the areas of audit, tax, business consulting, and business valuations. Under his leadership, Mountjoy Chilton Medley has grown to become the largest Kentucky-based accounting firm with offices in Kentucky, Indiana and Ohio.

He is a University of Kentucky graduate and University of Kentucky Fellow.  In addition to serving on numerous civic and professional boards Mike was the former chairman of the Community Foundation of Louisville and the Louisville Area Chamber of Commerce, past president of the Kentucky Society of CPAs, former member of the Governor's Commission on Tax Policy and former member of the Board of Directors of American Institute of Certified Public Accountants.  Mike is married to Carolyn and has four adult children.

Barry G. Allen joined the Gheens Foundation March 1, 2015, after serving as President and Chief Executive Officer of the Kentucky Baptist Foundation since 1996. For the previous 25 years, he served in the Kentucky Baptist Convention’s Business Division, nineteen of which as its Director and Business Manager. He earned a B.B.A. degree from the University of Mississippi and a Master of Divinity from the Southern Baptist Theological Seminary.  Cumberland College, now University of the Cumberlands, conferred upon him the honorary Doctor of Administration degree in 1998.

Barry is married to Larie; they have two married sons and one granddaughter. 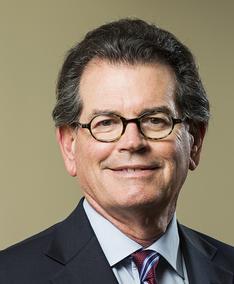 Michael B. Mountjoy - Chair and CEO 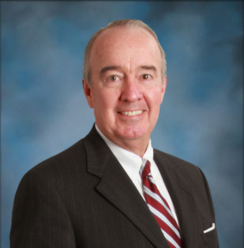